Incredible new footage of Conor McGregor being brutally attacked inside the Octagon by two members of Khabib Nurmagomedov’s team has emerged – but the Irishman did throw the first punch.

McGregor, who had just been beaten by long-time rival Nurmagomedov in the fourth round of the UFC 229 title fight, is attacked from two angles following the conclusion of the Las Vegas bout.

The Irishman appears to throw the first punch as Islam Makhachev confronts him inside the Octagon. Makhachev then throws a punch towards McGregor despite a police sheriff’s attempt to hold him back.

After McGregor appears to evade Makhachev’s punch, he is then attacked from behind as Zubaira Tukhugov climbs into the Octagon to confront the Irishman.

Tukhugov has more success than Makhachev as he lands several punches before security and UFC officials finally step in to break up the fiery confrontation.

UFC chief Dana White has said Nurmagomedov’s team-mates Tukhugov and Makhachev will never fight in his competition again following the attack on McGregor.

He said: ‘The guys who jumped in will never fight here again.

‘I’ve been working hard to promote this sport, this is not what a mixed martial arts event is normally like.’

The attack was particularly horrifying as bare-knuckle punches connected with McGregor in what proved to be a disappointing night for the Irishman.

Tukhugov, who has fought in the UFC four times, was due to face McGregor’s team-mate Artem Lobov later this month.

Makhachev, on the other hand, had won five of his six fights but his UFC career is now over following the moment of madness at the T-Mobile Arena on Saturday night.

Meanwhile, McGregor has been hit with a one-month suspension on medical grounds following the beating he took at the hands of Khabib.

An official line on the list of medical suspensions released by the organisation read: ‘Conor McGregor: Suspended until 6/11/18, no contact until 28/10/18.’

McGregor absorbed some punishing strikes in the second round after being rocked by the Russian with a massive overhand right.

The Dagestani then landed a number of powerful shots on the ground before eventually executing the submission in the fourth and McGregor is banned from contact training until October 28.

It is common practice for the UFC to hand out medical suspensions and McGregor would not have fought again within the next month anyway. 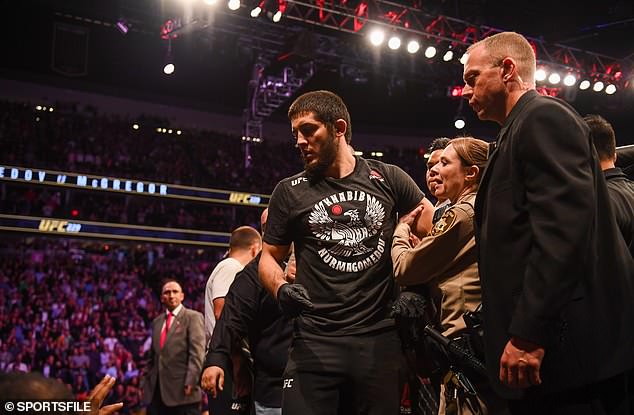 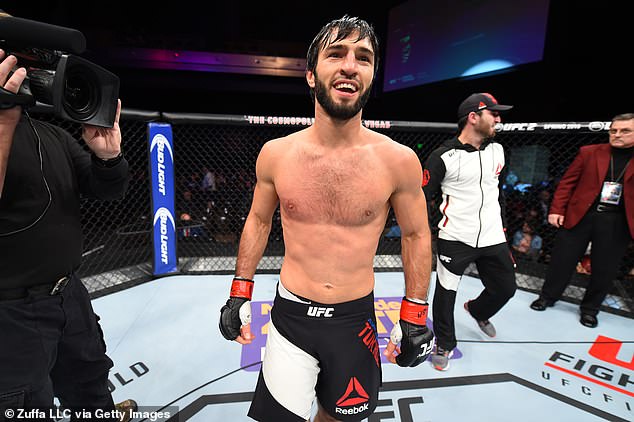 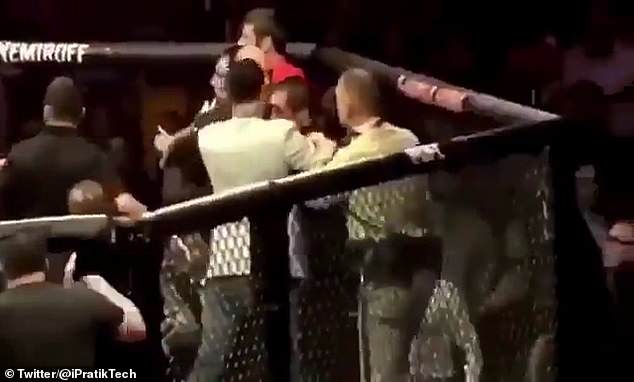 But the damage was not just physical for the defeated lightweight and he could yet be handed a longer suspension by the UFC and also Nevada State Athletic Commission for his role in the ugly brawl that followed the climax to the fight.

His opponent is likely to be given a more serious punishment from the Nevada State Athletic Commission who also withheld his £1.2million purse after reviewing the footage.

Khabib also wasn’t given his belt inside the Octagon due to the heated exchanges between the two camps but he later posted a picture with the title. 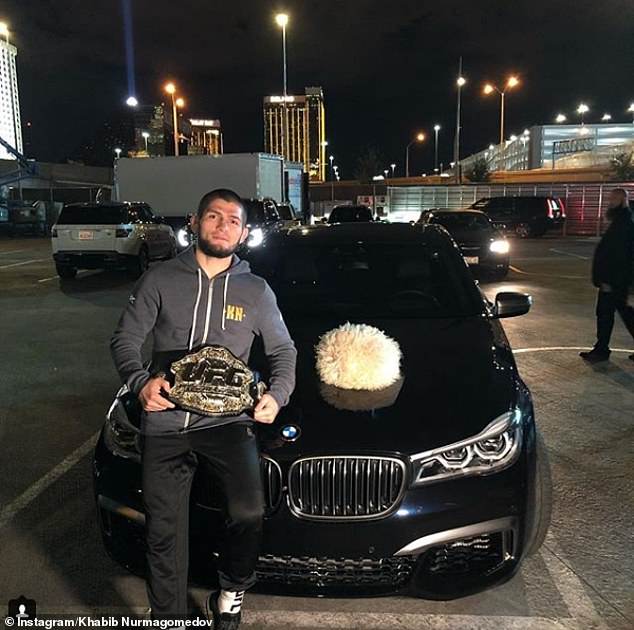 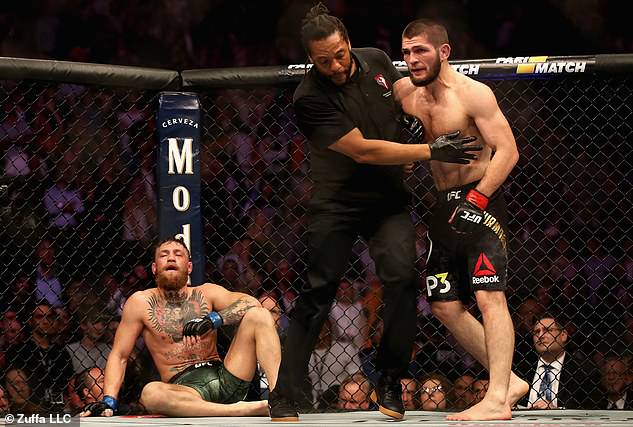 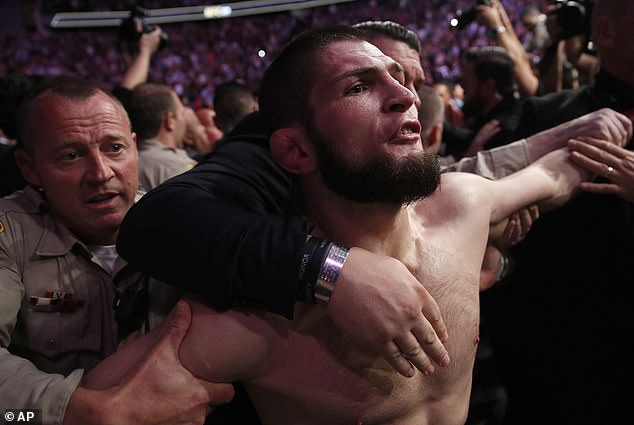 White said to Khabib on the night: ‘If I put this belt on you here, people are gonna lose their s*** and start throwing stuff into the Octagon. Someone else is gonna get hurt.’

Posting a picture of himself and the belt next to White’s BMW in Las Vegas, he wrote: ‘@danawhite you lucky that you give my belt, or I would smash your car, I know your parking location.’

In the immediate aftermath McGregor was not judged to have been culpable for the frenzy and was allowed to take home his £2.3 million.

The NSAC and UFC can both impose separate sanctions on the fighters as the contest in Las Vegas was authorised by the local authority.