Marcus Rashford has looked sharp in England training this week.

The Manchester United striker excelled in a finishing drill and appeared ready to lead the Three Lions attack should Harry Kane, who was rested on Tuesday, be left out against Croatia.

A video of Rashford finding the net seven times at St George’s Park was shared on Twitter by United fan account @utdreport. 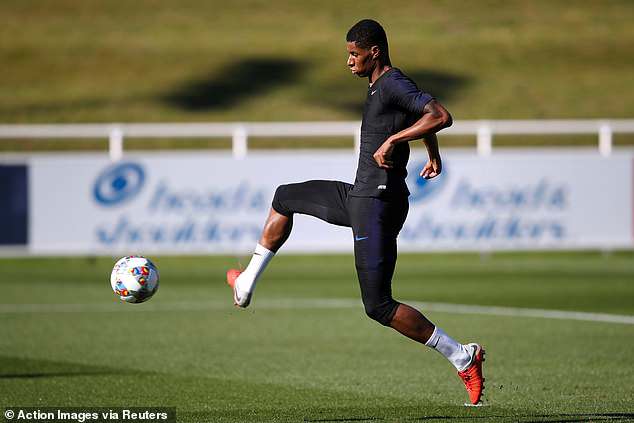 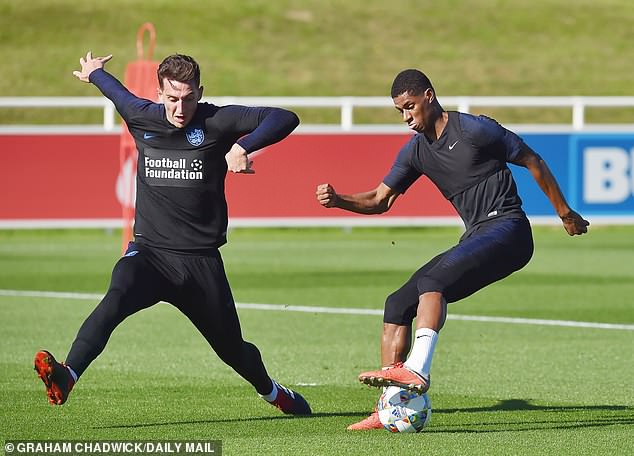 The striker, seen beating Lewis Dunk, looked sharp and found the net with a variety of finishes

Although many followers were happy to see Rashford in good form, some expressed their frustration that the 20-year-old has been far less clinical for United — he has only scored once in seven matches for his club this season.

One fan replied: ‘Just points out the lack of confidence he has when wearing a Utd shirt’.

Another wrote: ‘Shame he can’t hit a bard door for us’.

United manager Jose Mourinho appeared to be blamed by a third fan, who tweeted: ‘Why Rashford is so good for England is because they actually train and have a system’.

Rashford scored in both of his appearances for England during the last international break, netting in a 2-1 defeat by Spain at Wembley before bagging the winner in a 1-0 victory over Switzerland at the King Power Stadium.